High-end watch brand ÁIGI has set in motion plans to unveil a Kickstarter campaign for wristwatches that incorporates steel from one of KSAT’s satellite ground stations in Antarctica.

KSAT is currently one of the world’s leading providers of satellite communication services. For nearly twenty years, the Norwegian company has been collecting satellite images under extreme conditions. These images have, in turn, been used in everything from helping rescue refugees to collecting important data that monitors the environment. Today, the Norwegian watch brand AIGI pays tribute to the great work that KSAT has done and continues to do.

To this end, ÁIGI is launching a Kickstarter campaign to fund the production of a watch inspired by KSAT’s vast network of satellite earth stations around the world. Automatic watches are expected to contain a real piece of steel from KSAT’s Troll ground station located near the South Pole in Antarctica. 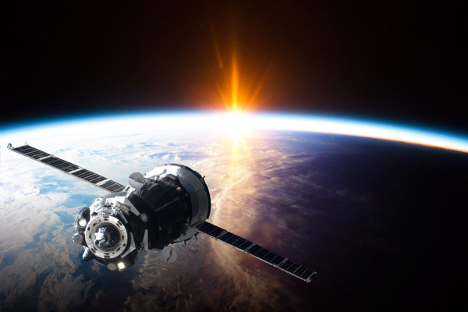 With the help of KSAT, ÁIGI will be able to implement the steel of one of the first antennas built in Antarctica in these watches. This antenna is still fully functional and is currently collecting images from outer space. To incorporate it into the watch, the Norwegian watchmaker will melt steel recovered from the Antarctic ground station and use it to make the crown of these wristwatches, which has the shape of a station at the satellite ground. So when wearing one of these Ground Satellite Station wristwatches, you are also wearing a piece of metal with a ton of useful history behind it.

The inspiration for the dial and the crown comes from the radomes surrounding the terrestrial antennas of the satellites. For those who may not know, a radome is the structural, weatherproof enclosure that protects the antenna and gives it its unique look. It is an essential part of the antenna which ensures that it performs in harsh climates and in all weathers.

For the second hand, ÁIGI has added a BGW9 light satellite to view satellites orbiting the earth and ground stations. As this watch has an automatic movement, it will sweep in a fluid motion “in orbit” around the radome dial. 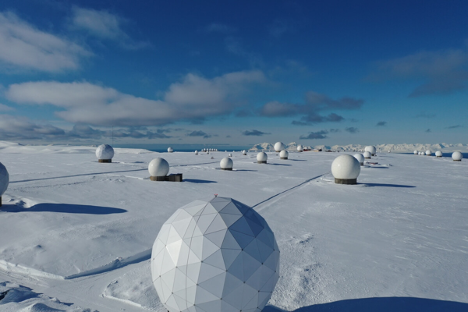 The benefits of this campaign for customers

Customers who support their campaign will save between 20% and 53% off the future retail price. The watches will be limited edition and limited to the quantity sold in this campaign.

The campaign will kick off in September on Kickstarter and those interested are encouraged to sign up for their newsletter here to find out when the campaign goes live.

ÁIGI was started by three Norwegian watch enthusiasts in 2017 with the aim of making quality watches at unbeatable prices. Every design and development of the watches is done in Norway while production is done overseas using only high quality components and suppliers. The Norwegian micro-watch brand offers a wide range of products to suit most demographics, including men’s watches, women’s watches, quartz watches, automatic watches, and more.